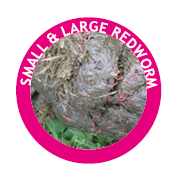 The fast lifecycle of the small redworm (cyathastomins sp.) has given it the most opportunity to develop evasions to our horse wormers; we no longer have a licenced chemical that isn’t showing some degree of resistance to this parasite - a very worrying position to be in.
Ivermectin and moxidectin are the most effective wormers against this parasite. At most times of year and in most cases, ivermectin is the preferred choice for targeting adult redworm burdens. Where reduction tests had proved efficacy, pyrantel can be a useful treatment, especially in young horses who may also be prone to ascarids.
Wherever possible we want to preserve moxidectin for targeting encysted stages of small redworm as it is our most effective treatment against the dangerous larval stages that can mass emerge in spring with sometimes-fatal consequences. (This is the treatment most often given in the late autumn/winter but can be given at other times of year if the winter dose was missed or there is an indication a second treatment would be useful.) Using moxidectin at other times of year when we only want to treat adult redworm is akin to using a sledgehammer to crack a nut!

A five day course of fenbendazole is our other choice of wormer for targeting encysted redworm – a very useful wormer for young horses and those that don’t have enough body fat to safely absorb moxidectin which is stored in body fat. However it has been around such a long time that resistance is recorded at over 80% in some areas so we would always advise a reduction test if using this to target redworm. 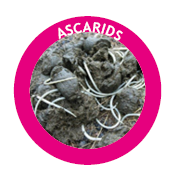 Conversely ivermectin and moxidectin are the wormers that ascarids have developed most resistance to. We would choose fenbendazole and pyrantel as the most effective treatments for these parasites. This is the reason we would always ensure these chemicals are included in a programme for young horses under the age of four. 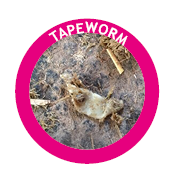 Two chemicals treat tapeworm infections in horses; praziquantel and pyrantel given at a double dose. If targeting just tapeworm then a praziquantel only wormer is the preferred choice as it treats no other horse parasites. Unfortunately procuring it is now more difficult since Equitape was withdrawn from sale in 2018. It is however available as a special through your vet and is well worth getting hold of if you can.

> more on praziquantel through your vet

Alternatively, a double dose of pyrantel is the second choice option. It can also be recommended for administration if; ascarids are also present (more likely in foals or yearlings or the redworm population in question is known to not be resistant to pyrantel.

Praziquantel is still available over the counter in combination with ivermectin and moxidectin if needing to treat redworm or encysted redworm at the same time. Wherever possible we want to avoid exposing worms to chemicals unless testing has indicated they are required. 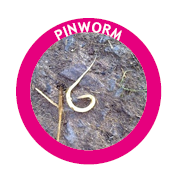 If pinworm is confirmed then one of the more old fashioned wormers like a double dose of pyrantel (Strongid P) or a 5 day course of fenbendazole (Panacur 5 day guard) is a good choice of treatment. Couple this with good stable hygiene to prevent reinfection using a good veterinary disinfectant such to clean down surfaces where the horse may rub. 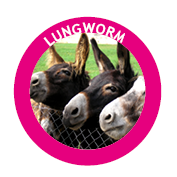 Ivermectin and moxidectin are the most effective treatments for lungworm. Both can be used in horses but not all ivermectin based wormers or moxidectin are licenced for use in donkeys. If in doubt, check with your vet or SQP. The Donkey Sanctuary recommends using the Eqvalan brand over generic ivermectin wormers because of treatment results they have seen in their animals. 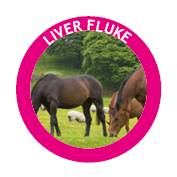 There are no drugs for liver fluke currently approved for use in horses. The only way to treat an infection is for medication to be prescribed off licence by a vet. 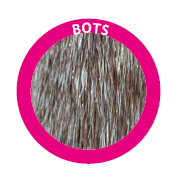 Although we discuss ‘worming’ to treat these parasites they are not technically worms like redworm or roundworm but flies. There are only specific times when treatment will be effective depending on their life stage.

FLIES: Insect repellents can be used to try and repel the bot fly but these won’t deter them entirely.

EGGS: Once eggs are laid on the coat these can be scraped off the hairs using a bot knife or blunt metal edge to try and minimise infection.

LARVAE: Ingested larvae aren’t treatable until they’re in the stomach of the horse. Veterinary guidance is to target them with a single treatment, waiting until after the first frost of the winter which will kill bot flies and ensure no more reinfection. Ivermectin and moxidectin are both effective chemicals and you could choose to combine this with your winter worming dose against encysted redworm.

PUPAE: Sensitive to frost and moisture.

< Previous; What do I worm my horse with to overcome wormer resistance?

> Next; Reduction testing to check the wormer has been effective