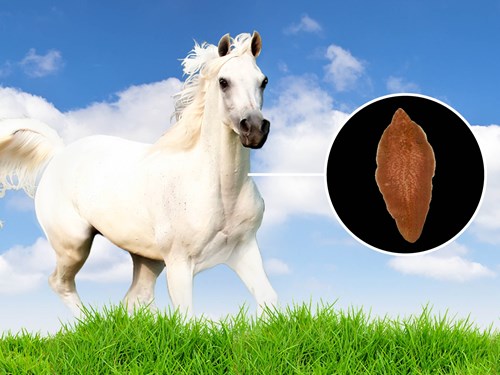 Liver Fluke (Fasciola hepatica) is a flat, leaf-like parasite found in the liver of grazing animals, most commonly sheep and cattle, however it can also infect horses. Temperature and moisture levels in the current and previous year have a major impact on fluke populations with animals kept in wetter, warmer locations being more at risk.

There are no drugs for liver fluke currently approved for use in horses. The only way to treat an infection is for medication to be prescribed off licence by a vet.