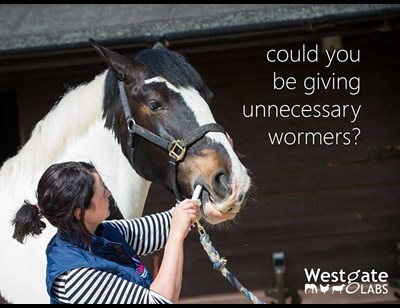 Worming drugs are like antibiotics; the more we use them, the more quickly the worms will develop resistance and the chemicals we have will cease to be effective.

There are currently no new wormers in development and so this is a scary prospect for horse owners, farmers and other livestock keepers - because as long as we have animals, they will have parasites.

While we don’t want to over use anthelmintics (that’s wormers), we do need to keep control of worm populations in our horses. The good news is that chemicals are not the only weapon in our armoury. So what else can we do:

How do I know if I have resistant worms?

Over time worms will build up resistance to the different chemicals they are exposed to. Do some resistance testing to be sure your wormer has worked. This is especially important if you use fenbendazole (Panacur) as there is a huge amount of documented resistance to this product.

A worm count is taken to assess the parasite burden in the horse – if necessary a dose is given. Two weeks after the wormer another sample of dung is sent for analysis. If the result has not reduced by between 85% and 95% then the worms are resistant to the chemical used.

If resistance is identified then please ask for help or consult your vet or SQP for an alternative course of action to get on top of the problem.

NEXT > Reduction testing to check the wormer has been effective