Are your worming drugs working? There's a simple way to find out 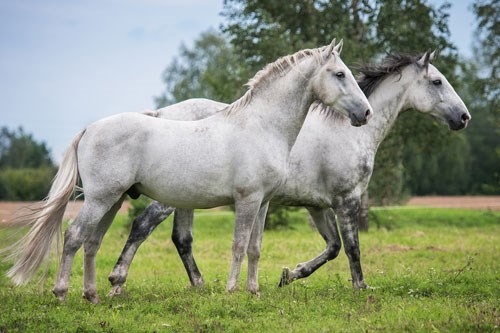 Are your worming drugs working?

There’s a simple way to find out.

It’s easy to keep on worming our horses in the belief that the drugs are killing the parasites and all is well. But how do we know they are working? What if some worms have become resistant and are slowly breeding a population of parasites on your grazing land that are untouchable by chemicals? The good news is that we can test to see how effective the drugs have been and Westgate Labs is stepping in to make this as easy as possible for horse owners.

“Resistance is a very real threat that is facing our horses, and other grazing animals” commented Equine Veterinary Surgeon, Carolyn Cummins. “Just like antibiotics, repeated exposure to our limited chemical armoury over time has enabled the worms on our pastures to turn. Unchecked this leaves our animals susceptible to endemic disease caused by parasites, such as life threatening colics, colitis, haemorrhages, anaemia and lifelong intestinal scarring and respiratory disease.

“Following a regular dosing programme is no longer a guarantee that our horses are protected from the harm of parasites. We need to be monitoring them with regular worm counts and tests and, when treatment becomes necessary, doing more to measure the efficacy of the drugs we use by conducting a simple follow-up test known as a resistance test.”

For a wormer to go to market it needs to be more than 95% effective against the worms it is licenced to kill –  but with regular treatment resistance on the pasture grows and egg reappearance times (as dictated in the drug’s data sheet) begin to diminish over time. This means the usefulness of a drug against a specific parasite species can be measured:

To encourage horse owners to test for resistant worms, Westgate Labs are offering a follow-up worm egg count test for just £7.00. To take advantage of this special offer customers must have tested previously within 4 weeks OR administered a wormer for the possibiity of encysted redworm and include the box end of the wormer containing the batch code with the faecal sample.