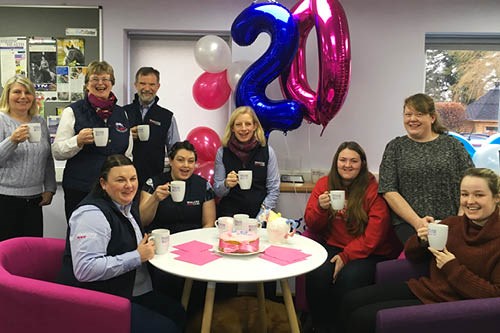 and postal worm counts for horses

2019 marks a very special year for Westgate Labs as we celebrate our 20th anniversary of business helping to improve the way that horses are wormed in the UK.  Laboratory founders, David and Gillian Booth, placed their first advert in Horse & Hound, 11th February  1999, and when forward thinking horse owners responded the concept of postal worm counts was born!

Since then Westgate Labs has grown to help thousands of horse owners and yard managers to move to test based programmes, so helping then keep their animals healthy and combat the growing resistance problems of wormers. As well as providing tests direct to clients they also deliver services for many vets, SQPs and retailers. 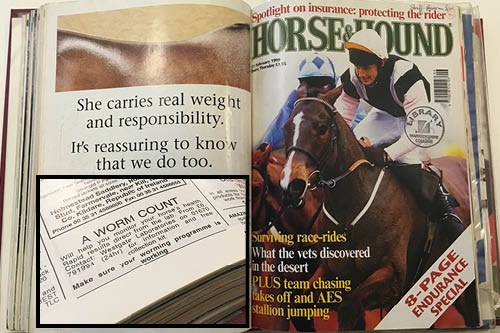 "Throughout the 1990’s we were hearing a lot about wormer resistance problems in sheep but the standard practice for horses was still to worm them regularly. Coming from a science background the evidence based approach made so much more sense. After a bit of research we set about organising worm counts for the horses we kept at home for our then teenage daughters. The concept worked brilliantly but results took ages to come back and the interpretation was none existent. It piqued my entrepreneurial streak!

“With thirty years of lab experience I had a head start; we set out to design a service that would make it as easy as possible for people to adopt testing as the cornerstone of parasite control. Drug resistance is a black cloud hanging over the wellbeing of our horses, yet it’s often little discussed or talked about. We often joke about ‘the poo business’ being the unglamorous side of horse keeping but it’s very rewarding to play a part in improving this important aspect of horse healthcare. We’re continuing to innovate and develop new initiatives with an even greater focus on delivering five star customer service.” 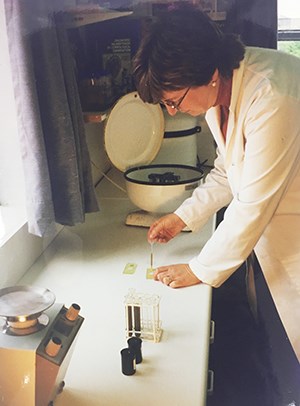 Gillian testing samples in the original lab, circa 1999

From early days occupying the small still room at the west gate of the family farm in rural Northumberland, Westgate Labs has grown into a purpose built laboratory space in the converted piggery. It became a Ltd. company in 2003 and now employs 10 local people and a consultant vet.

“It’s exciting for Westgate Labs to reach this milestone having grown from the pip of an idea to become leaders in their field. Worming can be a confusing subject and so it’s a life-line for horse owners to have such ready access to independent expert advice. It’s not just the efficiency and ease of the service but the quality of follow-up advice that sets Westgate apart. They are at the forefront of worming best practice and contributing a great deal to improving the health of horses in the UK. We recommend Westgate Labs to our Verm-X clients.”

Still a small family business with helping horses at its heart, Westgate plans to keep on innovating and sharing best practice on horse health for many years to come.

Meet David & Gillian and find out more in our video here: 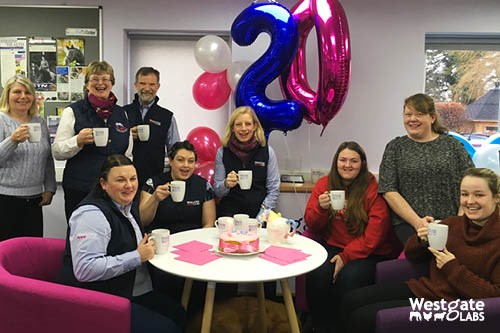