Coriander - the young horse with a recurring worm burden 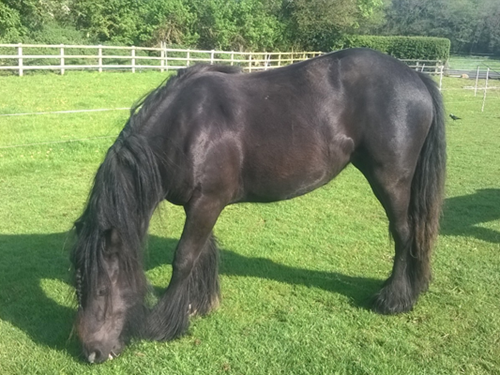 Coriander is a young cob filly who is rising two years old; she was rescued last year after a poor start in life. Despite looking well her age and background mean that her foster carer is rightly concerned about parasite control and Corrie has had regular worm counts every 4-6 weeks with Westgate since she arrived in November 2015. In addition to worm egg counts the pasture is also poo picked daily.

Corrie’s worm egg count results have frequently returned low to medium counts for redworm (as well as occasional sightings of roundworm). She was treated for both these parasites in January with a 5 Day Panacur Equine Guard, a worm egg count in February indicating she has some fenbendazole resistant redworms. As a consequence this treatment was followed by an Equest wormer in mid-February to address the resistant worms and a follow-up resistance test which thankfully came back at <50 epg showing that moxidectin had been effective.

Despite addressing the resistance problems a worm egg count 13 weeks later in May 2016 revealed Corrie’s worm count had risen once again, this time significantly, to a high count of 3,150. Recommended treatment is another dose of Equest and to worm count again in 12-13 weeks time.

What causes a recurring worm burden and what can we do to address this?

We know Corrie is a young horse – those under four will often need more proactive worming treatments because of immature immune systems, potentially exacerbated by a poor start, inadequate nutrition and increased immune challenges.  Despite regular poo picking there will still be some worm larvae on the pasture ready to re-infect.  While Corrie’s older grazing companion, Sky, has been exposed to the same parasite challenge she has returned consistently clear counts.

Some horses are more susceptible to worms and this often follows the 80:20 rule with 80% of the parasites found in 20% of the horse population. These animals are known as high egg shedders. Regular monitoring will help to identify and treat these problems so that they never get out of hand and become a potential threat to horse health.

Although Corrie doesn’t look wormy without the information provided by regular worm counts the threat to her health from a parasite burden could not have been identified and dealt with. Don’t be complacent and ensure to test regularly, especially your vulnerable animals  - young, old, those exposed to a high parasite challenge, rescues and those with compromised immune systems etc.